Design history of our webpage

This page shows how the design changed over past years. I had to use web.archive.org to track older versions.

This is the oldest version of our website. At that time it run under en.team-grimmie.eu url. The reason behind that was that I had a separate language on the main site. This idea was scraped about a month later. 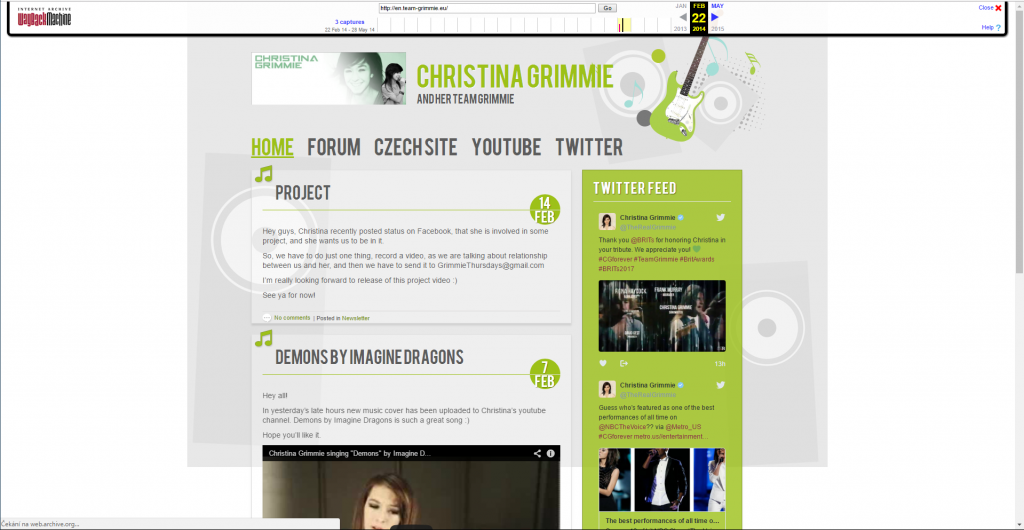 Roughly at October 2014 I made first big theme switch. I chose green background with some orange elements because of Christina’s favorite colors. 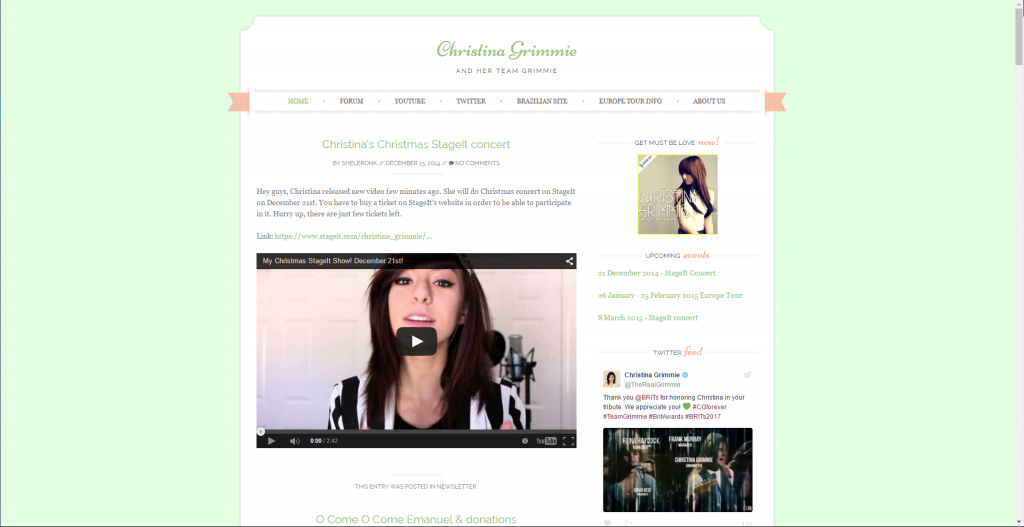 After summer holidays 2015 I had so little time that I had to abandon team-grimmie.eu project. I wrote my last article, changed theme (I honestly think that there was a header but for some reason, webarchive won’t show it.) and logged out for the “last” time. 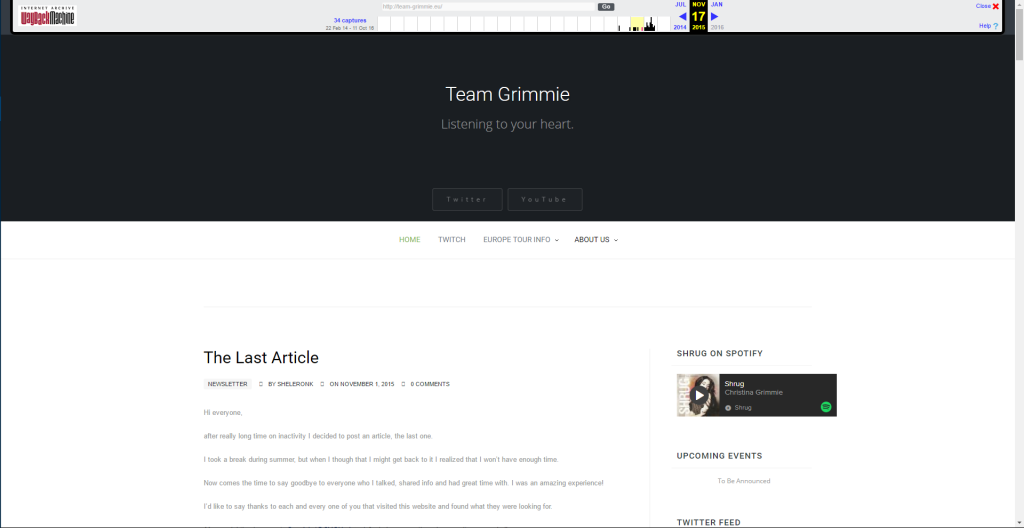 Because of what happened in Orlando, I decided to revamp this project and continue building this website. 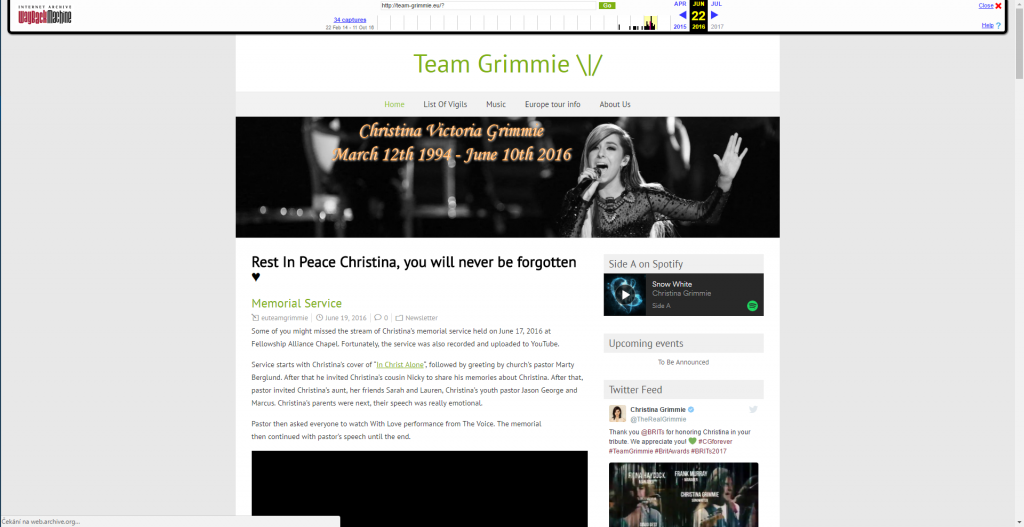 Last update happened in mid February 2017. I asked one of my friends to create a header for my website. It turned out pretty well! 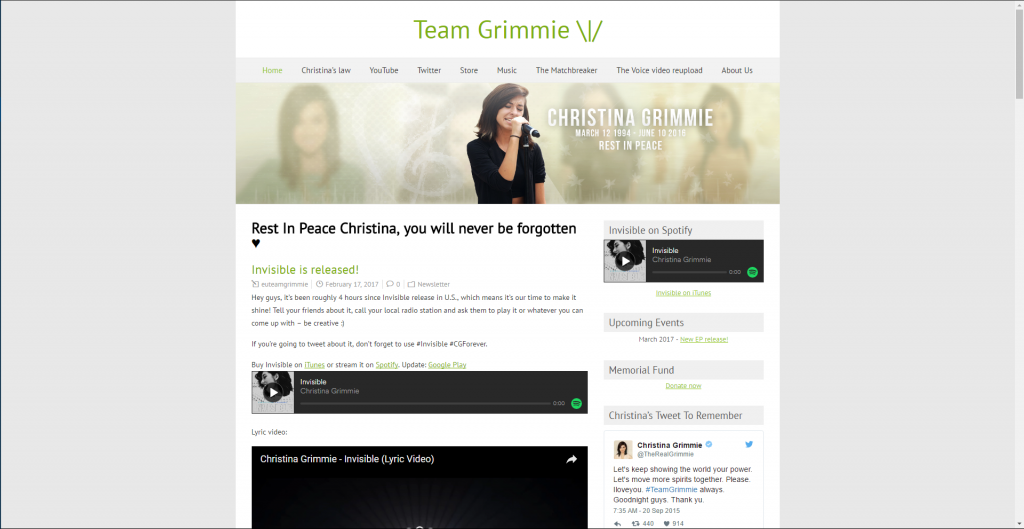